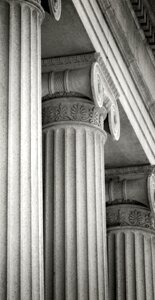 Legal support for the economic recovery

Ukraine
In 2007 the Cabinet of Ministries of Ukraine adopted the Concept of the State program “Formation of Innovation Structure in Ukraine till 2012”. The objective is to create an efficient innovation infrastructure and use effectively the research potential of higher education and research institutions. Among other measures is improvement of legal basis in this sphere and establishing technology transfer offices with patent agencies.

Russia
In 2006 the Russian Government adopted a Federal Targeted Program “Research and development on priority fields of S&T complex of Russia for 2007-2013”. The Ministry of Education and Science of Russia enacted “Development Strategy of Science and Innovation in the Russian Federation until 2015”. In these documents among the objective indicators are strengthening the prestige of the Russian science and higher education and increasing growth of commercialisation of results of scientific research.