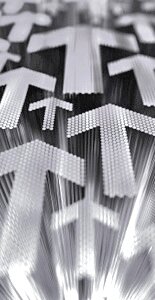 Russia
Russia is the EU’s third biggest trade partner, with Russian supplies of oil and gas making up a large percentage of Russia’s exports to Europe. The Ongoing cooperation is based on 4 specific policy areas. These “common spaces”, cover economic issues & the environment; Freedom, Security & Justice; External Security; and Research & Education, including cultural aspects.

The EU has in place a programme of financial cooperation that has evolved over time to support the achievement of common objectives.

The EU and Russia co-operate on dealing with a number of challenges, both at international level, as well as in our common neighbourhood.

The EU and Russia concluded a Partnership and Co-operation Agreement in 1994. The June 2008 Summit between EU and the Russian Federation saw the launch of negotiations on a new EU-Russia agreement.

Ukraine
The EU is seeking an increasingly close relationship with Ukraine, going beyond co-operation, to gradual economic integration and a deepening of political co-operation.

Ukraine is a priority partner country within the European Neighbourhood Policy (ENP). A joint EU-Ukraine Action Plan was endorsed by the EU-Ukraine Cooperation Council on 21 February 2005. It is based on the Partnership and Co-operation Agreement (PCA) and provides a comprehensive and ambitious framework for joint work with Ukraine, in all key areas of reform.

Negotiations on a new enhanced agreement with Ukraine, which is to be the successor agreement to the PCA, started in Brussels on 5 March 2007. Several negotiating Rounds have since been organised, alternately in Brussels and Kiev (see '2nd Joint Progress Report on Negotiations on the New Enhanced Agreement' under Key Documents). Ukraine became a member of the World Trade Organisation in May 2008. With this in mind, negotiations on the establishment of a deep and comprehensive Free Trade Area, as an integral part of the Association Agreement, were launched already in February 2008.

Moldova
The EU is developing an increasingly close relationship with Moldova, going beyond co-operation, to gradual economic integration and a deepening of political co-operation.

Moldova is a partner country within the European Neighbourhood Policy (ENP). A joint EU-Moldova ENP Action Plan [121 KB] lays out the strategic objectives based on commitments to shared values and effective implementation of political, economic and institutional reforms.

The EU-Moldova ENP Action Plan is based on the Partnership & Cooperation Agreement (PCA) and encourages and supports Moldova’s objective of further integration into European economic and social structures.